How to Perform Umrah Tawaf 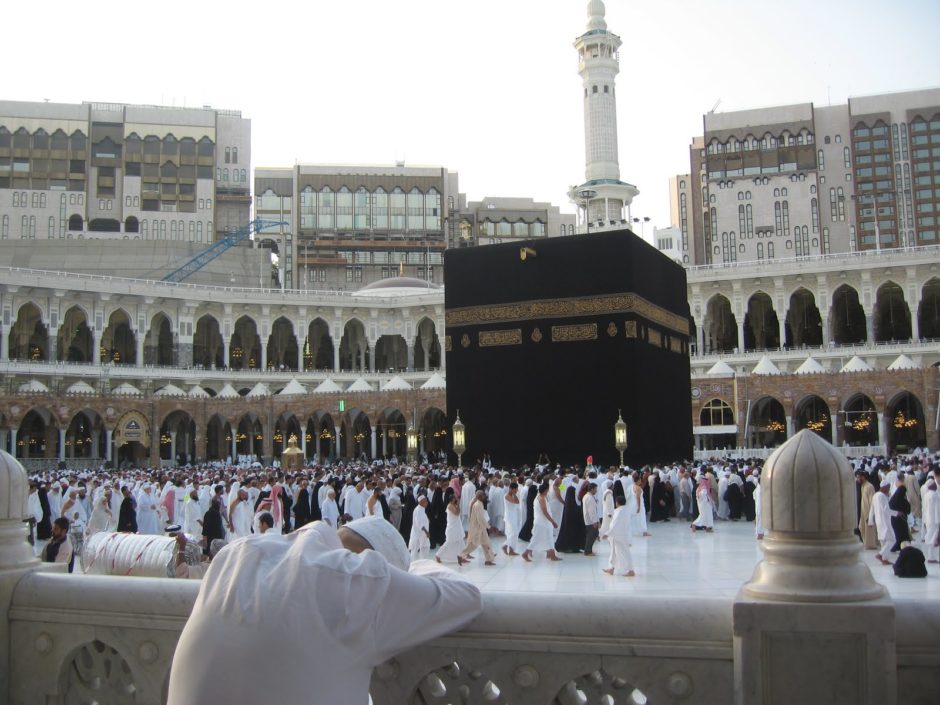 Umrah is one prestigious prayer and each Muslim wants to perform Umrah at-least once in a lifespan. Each Muslim should perform at-least one Umrah in his or her life however one can perform more than one Umrah.

To perform the Tawaf of Umrah some rules are to be followed by each Muslim performing Umrah, but first, a Muslim needs to get in Ihram which are two sheets of white cloth used to cover the upper part of the body and the Waist, for women their ordinary clothes is there Ihram.

After getting in Ihram a Muslim has to follow the below-mentioned rules in order to perform Tawaf of Umrah:

To get ready for Tawaf pass the upper sheet of ihram from underneath the Right shoulder and put it on the left shoulder. This act bares the right shoulder and is call Iztaba. Ablution (whudu) is necessary for tawaf. Reciting of Talbiyah is stop when one reaches Hajar-e-Aswad the starting point of Tawaf.

Niyyat is one important part of the whole Umrah prayer as without proper intention Umrah cannot be performed. To do Niyyat stand in-front of KABBAH facing Hajar-e-Aswad in such a way that it is on your right side. Then without raising hands do Niyyat of Umrah:

“O Allah, I do Tawaf of Umrah to please You. Make it easy for me and admit it from me”

” Bismillahi Allahu Akbar WA Lilla Hill Hamad” and drop your hands down. Now point the palms of your hands again towards Hajar-e-Aswad and kiss them. This act of kissing Hajar-e-Aswad or pointing towards it is called Istilam.

After Istlam the Tawaf starts.

This act is called Ramal and is Sunnah. They walk normally during the remaining four circuits.

There are no fixed supplications of Umrah but there are many which are recommended in various books out of which some are:

If you cannot remember or memorize these than you can glorify the Almighty by saying:

“Subhan Allah, Al-Hamdu lilla, Allahu Akbar, La Ilaha Illallah” You can use supplications used in daily Salah to, and you may seek his forgiveness or ask for what you want in your language.

After passing the corners the fourth corner of KABBAH is known as Rukn Yamani. Touch it with both hands or just the Right hand. While passing between rukn Yamani a beautiful supplication is to recited which is:

” Bismillahi Allahu Akbar Wa Lillah Hil Hamd”Now kiss both palms and drop your hands. After this go around Ka’bah as you did before and similarly complete the seven circuits.

At the end of seven circuits, do Istilam of Hajar-e- Aswad or point towards it eighth time which is Sunnat Mu’akidah. Also say:

Now, come to Multazam which is place five or six feet in length between Hajar-e-Aswad and the door of KABBAH. This is a highly sacred place where prayers are accepted. Among a large crowd of people, if it is possible to reach Multazam, cling to it pressing your chest and cheeks, and while trembling and crying with devotion and with all humility seek Allah’s mercy, His blessings and ask Him whatever you wish. If you are unable to come close to Multazam, just face towards it and supplicate from a distance.

Offer two Nafal’s behind and close to Maqam Ibrahim without covering your head. If it is not possible to offer the obligatory prayer at Maqam Ibrahim. Then it can be offered anywhere at anyplace in Haram of Makkah.

Now go to Zamzam well and drink water while in standing position reciting Bismillah. And then supplicate to Allah:

How to Maximize the Reward of Allah

How to take out Zakat