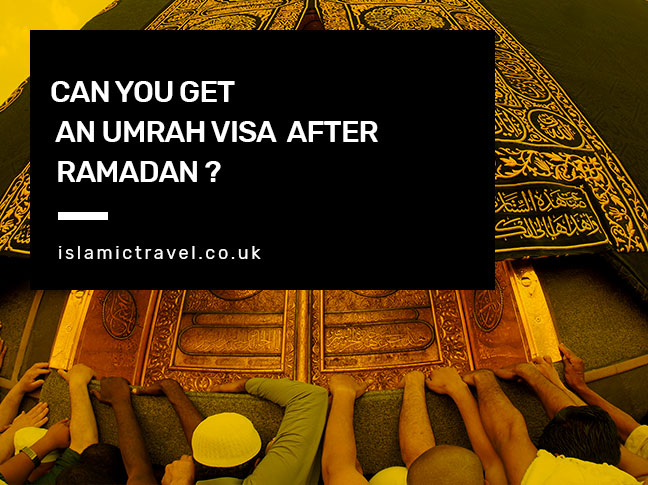 In fact, Umrah is the minor pilgrimage but it has tremendous significance in the Muslim world. Though it is non-obligatory Ibadah, however, the person who has approached to visit the Holy Kaabah must perform Umrah once in life. The Prophet ﷺ said, “The person who is financially and physically capable, he/she should perform Umrah.”

However, there are some rules and regulation from the Saudi Government in order to perform Umrah in certain time periods. Plenty of people make their arrangements in the Holy month of Ramadan as this is the blessed spell. People who acquire the visa in the blessed month of Ramadan for Umrah obviously feel the lucky ones. There is an authentic hadith, “When Ramadan starts all the devils are arrested and put into dungeons.’ Moreover, performing Umrah in Ramadan means getting more than seventy times reward as compared to common days.

On the other hand, many people in spite of having a great urge to perform Umrah in Ramadan could not get a visa in the blessed month regardless. So, they make a plan to perform Umrah after Ramadan.

But they should know whether a visa can issue or not for Umrah after Ramadan. For their kind information, a visa is not issued after the month of Ramadan to those people whose residence is not permanent in certain areas of the country. Moreover, pilgrims who visit during the Ramadan must leave the country when Ramadan ends and they are not allowed to overstay there. The only people who are allowed to perform Umrah after the Ramadan are GCC Nationals and they have permanent residency or work permits and Saudis.

Thus, people who want to perform Umrah by cheap umrah package UK after the holy month of Ramadan, so they must wait for the time until major pilgrimage (Hajj) completed. During 2 months and 10 days after Ramadan, pilgrims are not allowed to perform Umrah. As this period completes its circle, people can avail the visas for Umrah. Issuing visas regarding Umrah performing are available almost 9th month out of the 12th and 3 months are specific for Hajj service.