You are Here Home|other|10 Interesting Facts about Ramadan
other 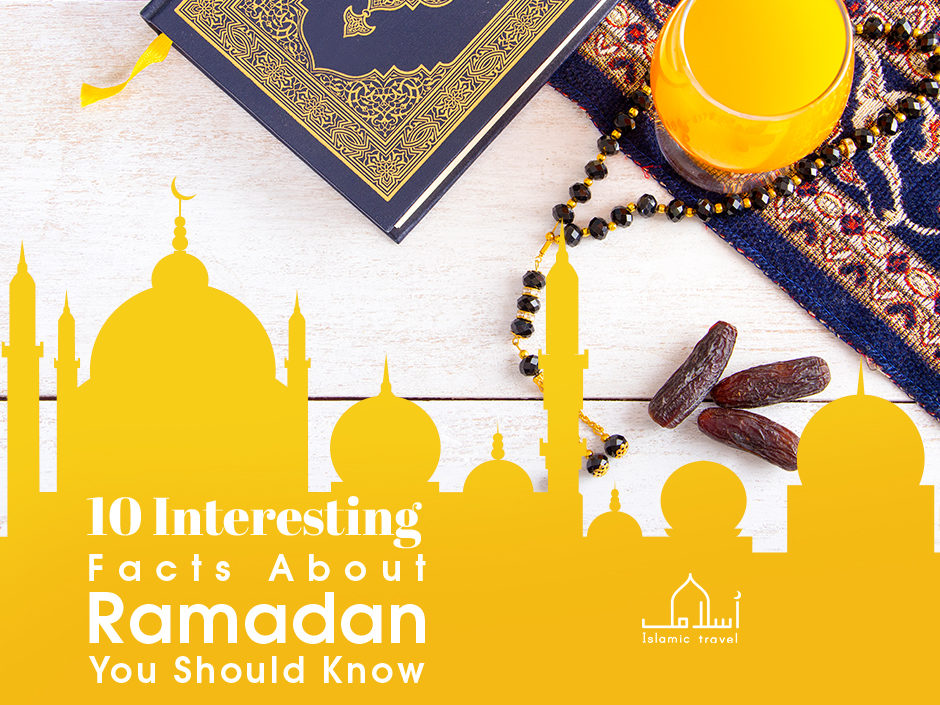 Ramadan is the blessed month in the Muslim theology which is celebrated with great eagerness according to the lunar calendar. Vigorous Muslims adults keep fast in Ramadan from dawn to dusk by abstaining from drinking, eating, immoral acts and anger. However, other supplications such as prayer, reading the Quran and charity are also encouraged during Ramadan. There are several interesting facts about Ramadan but here we are going to describe 10 most interesting facts which everyone should know.

1. The revelation of the Holy Quran

In fact, the Prophet (SAW) spent most of his time in the cave of Hira for the meditation about the universe. And one day of Ramadan the Jibrael (AS) came and delivered the first revelation of the Quran. “Read the name of thy Lord Who created the man with congealed blood. Read and your Lord is most bountiful Who taught the man with a pen which man did not know”.

2. Battle of Badar was won

The first Ghazwah between Muslim and Quraysh army occurred in the 17th of Ramadan. And because of the great blessing of Ramadan Allah (SWT) granted Muslims with great victory when they were just in 313 while opponents were thousand in number.

Prophet Muhammad (SAW) along with companions entered in the Holy sanctuary of Makkah in the eight years of Hijra and conquered the Makkah without any bloodshed. All the Sahaba were in fasting as that was 18th of Ramadan. Thus idol worshiping was eliminated and the flag of true faith was hosted by the Muslim army in the holy month of Ramadan.

4. The people of Taif embraced Islam

After the twenty years, the people of Taif accepted Islam in the 9th year of Hijra during the month of Ramadan. These were the people who hurt and mocked at Allah’s Apostle but Prophet (SAW) prayed for their Hidayah.

5. The Night of Power

The blessed Night of the year occurs in such sanctified month in the odd nights, particularly in last ten days. People seek the salvation of Allah (SWT) by getting such an incredible night by performing the huge supplications. In this night angels and holy spirits descend by the Divine order and render peace on the earth.

6. The remedy of Physical disease

As science proves that the whole day fasting keeps a man healthy as several physical diseases such as heart, metabolism, heavyweight, digestive system, and blood pressure are removed.

As the Holy month of Ramadan starts, all the bad spirits arrested and put into dungeons. So, there is no chance of man astray. That’s why people arrange uncountable Nafil day and nights and immense recitation of Holy Quran.

Ramadan is the blessed month in which Allah (SWT) grants man more than seventy times reward as compared to common days. Muslims earn plenty of virtues in this spell by performing the Salah and pay Zakat and other charity.

Since this is the month of blessing, so there is no strictness from masters, companies, offices, schools, colleges and all other working places. The timing of working is reduced and the burden of tasks as well.

From 1st of Ramadan to near the end a special supplication in the form of reciting the Holy Quran is arranged in all mosques of the Muslim world. The whole Quran is listened from the followers by the Imam which creates a soothing effect in the hearts of Muslims.