You are Here Home|Hajj|Hajj An Important Pillar of Islam
Hajj, Islamic Post 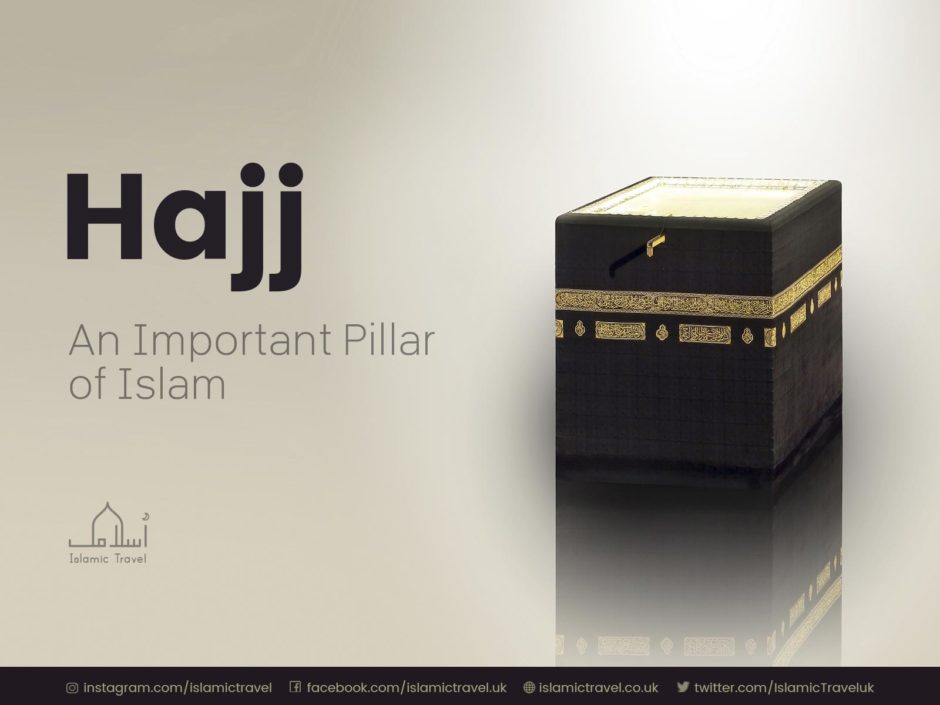 Hajj is compulsory for those who can afford it physically and financially. This worship practice purifies our bodies and reminds us that Allah makes us for his worship. Hajj is sacred worship for Muslims that make them eminent from all religions in the world. Every Muslim should perform Hajj once in life. It is a way to repent before God and a covenant with the heart that we are submissive to God. It’s a manifestation of God that we surrender before him. We left our houses and luxuries for his sake.

When I was a child, I always watched the hajj ceremony eagerly at the television. My all family members brought to a standstill to watch the ceremony. When I ever saw the Kaaba felt I lost somewhere. It’s always a provoking experience to see Kaaba. I always thought what will be the scene when my God will invite me to his home and I will see from the distance of inches. Hajj transmission always instigates me from my childhood. It’s a very indwelling ceremony to its inaugural to accomplish.

Hajj reverence always fascinating me how Allah calls his people to his home. It’s not only the matter of wealth but its Allah’s will to whom he selects for rituals. I submit to GOD he shows me His house. Last year I met with my aunt she told me she had no money she had no resources but how Allah submitted her she doesn’t know. It’s true that Hajj is only a submission to GOD.

Our holy Prophet (PBUH) always emphasis his companions and other Muslims that if they had wealth and had no disease they must be performed Hajj because Hajj washes our inner bodies as like a newborn baby.

It’s essential to every Muslim that he should perform Hajj once in life. Muslims performs Hajj once in a year when the moon reaches Zil-Hajj to get Mercy and benignity of God. Kaaba is the first house that Allah made by his Prophet as a sign of dignity and pride for all Muslim ummah.

Kaaba is a holy place where we repent for all of our sins and at that sacred place, we forbid ourselves from sins automatically. It’s a safe place for all humanity no one can commit false.

We perform Hajj in the month of Zil-Hajj, It’s a sacred month. We can travel to Kaaba in any month of the year but Zil-Hajj is the month in which Allah Subhana Tala, bestows the universe with his glory. All the Muslims in the whole world come together in Kaaba. Although a hawker and a king, man or woman, child and old, from every race of mankind, all dressed up in the same dress calls “Ahraam” and bear footed runs only for submission to the God.

Some deeds are essential for Hajj, somehow we can call them the restriction from God to purify ourselves. Just like do not fight with others, do not make violation, do not exceed from the limits, do not kill the animals, do not go near your wives, and do not shave your beard and sacrifices the animals in His way. Everyone should be careful and compassionate to others. Allah Almighty wants to purify our bodies from the impurities of sins.

The Hajj is not to be undertaken lightly. The Hajj must be performed in accordance with the Prophet Muhammad’s (PBUH) words. Ihram is a holy state of purity that all Muslims must assume before performing the rites of Umrah and Hajj. Hajj is a purifier everyone can perform Hajj. But a woman must have the company of her husband or a Mahram (and Adult male whom she is not permitted to marry due to being closely related e.g. father, brother, son, grandson Real uncle etc.

We all have prayed to Allah to accept our righteous deeds, forgives our misdeeds and calls us to his house for pilgrimage and accepts our Hajj and rewards us on the day of Judgement.

Importance of Ramadan and Things that Make It Very Special

We are Pushing our kids to Adultery

Fajr Prayer and its Importance for a Muslim