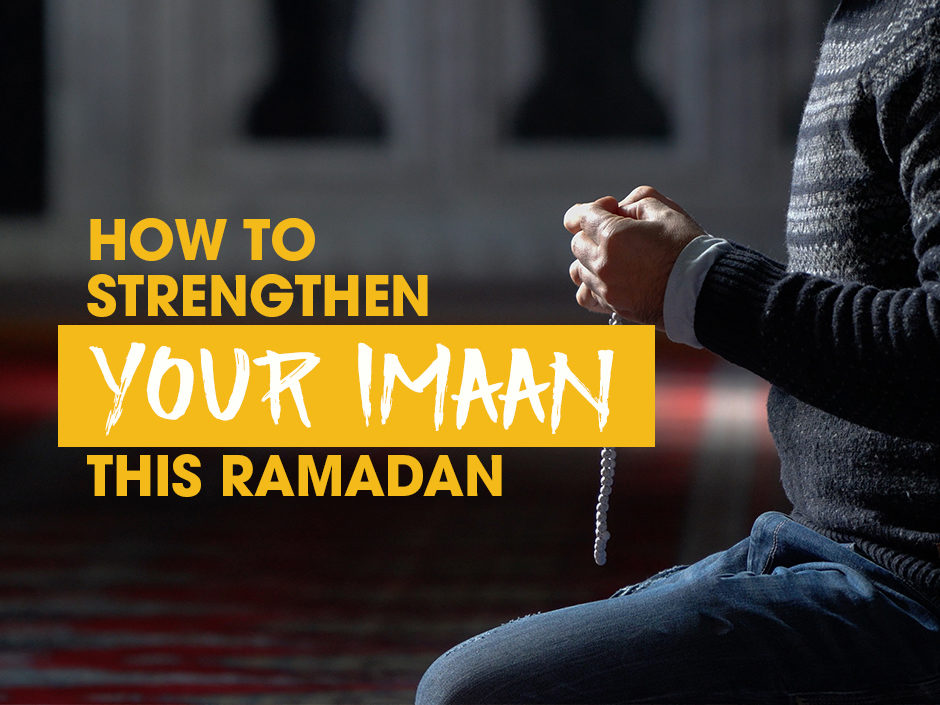 Imaan is an Arabic word which means the faith of Muslim upon the motive of life is based. In fact, in Islamic theology, Imaan denotes the faith of Muslim in the metaphysical aspect of Islam such as Arkan ul Islam. In Quranic explanation, Imaan must be accompanied by righteous deeds which are mandatory to enter Paradise. However, in Hadith, it is defined as “knowledge in the heart” spoken with tongue and show with limbs.

As for as Ramadan has concerned regarding Imaan, obviously it brings out something in all of us and it also allows us all to do things we could never imagine. Though it comes for a month, however, grants immense reward such as more than seventy times as compared to common days. No doubt, it is a great opportunity to make habits other than Ramadan as offering Salah five times a day, recitation of the Holy Quran on daily bases, and many other supplications. The purpose of Ramadan is just getting immense salvation of Allah-Almighty.

In fact, there is no specific time of Ramadan as it remains planetary circle. Thus, according to the lunar calendar recent Ramadan has circled in hot temperature which is very tough to keep Fasting the whole day. But the people filled with Imaan do not get fear to heat, thirst, hunger or dryness and this is actual faith which elevates man to high rank.

Off-course Satan is an open foe of man and he shows horror consequences of Fast such as diseases of dryness but you should remain steadfast and ignore what Satan puts wrong thinking in your brain. You should muster up the courage and keep Sehri with full of Imaan and offer the Salah and other supplications such as recitation the Holy Quran with a translation which more strong your faith. As you overcome on your Nafs (confidence) then Ramadan will be seemed easy and beautiful in all aspects. Hence, in the state of Fasting you will better understand the meaning of life and wrong consequences of bad deeds like stealing, telling a lie, speaking vulgar words, dishonesty, quarreling and many more. When someone stops all-above mentioned deeds in throughout Ramadan, so he becomes habitual to keep away from such evils as he has strong faith (Imaan).

Therefore, Imaan demands to kill the ego (Nafs) which stimulates a man to become the friend of Satan and Allah (SWT) does not grant Imaan who does not have its urge. Consequently, we should arrange Taraveeh (supplications), recite Quran and hadith as much as we could, perform Nafil Salah and retire to use the physical world. And when we do such virtues, certainly we are successful in this world and hereafter.