You are Here Home|other|Qurbani Guidelines for Sacrificing
other

Qurbani Guidelines for Sacrificing an Animal for UK Residents 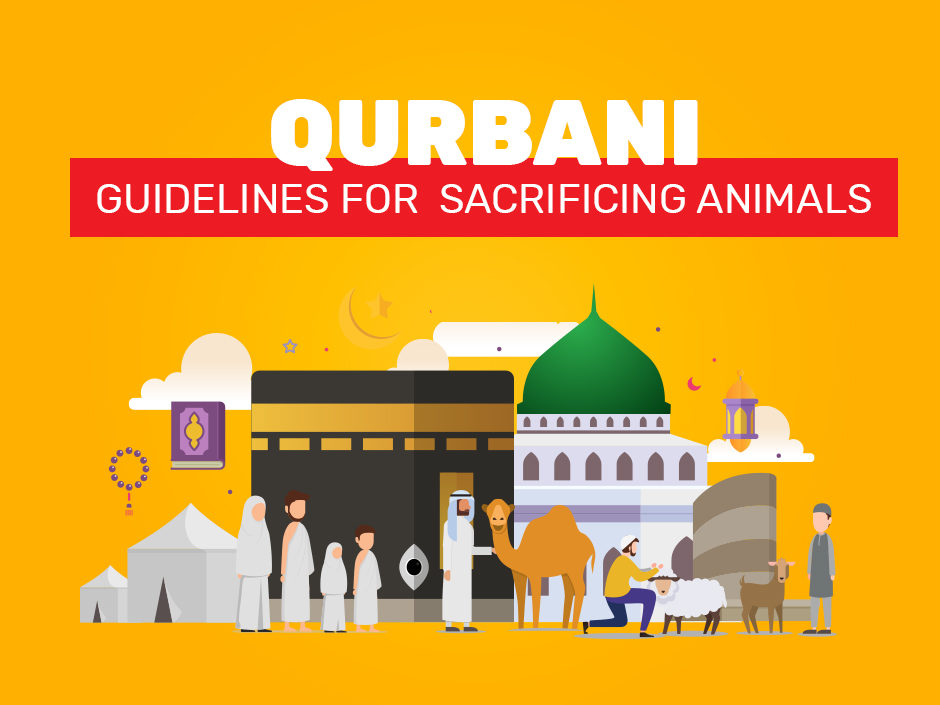 Qurbani is an important and inevitable part of Eid ul Adha. Hajj, which is the fifth pillar of Islam as well as followed by Eid ul Adha requires the holy pilgrims to perform Qurbani at the land of Makkah since they cannot come back to their homeland to perform this holy act. Qurbani is performed as an act obligatory for those Muslims who are financially stable to do so.

This act is offered as the Sunnah of Prophet Ibrahim (A.S). Allah Almighty ordered Prophet Ibrahim to sacrifice his most important thing. After sacrificing a large number of animals and valuables and still getting the command, Prophet Ibrahim (A.S) realized that it was his son, Ismael whose sacrifice might be demanding. Therefore, he took his son to the wilderness to offer his sacrifice and please his Lord. However, Allah Almighty loved the sacrificing spirit of Prophet Ibrahim (A.S). So, while the Prophet placed the sword to sacrifice of a son and closed his son, his son was replaced by an animal from Heaven. This act is now performed by believers in Islam on Eid ul Adha while those who are also performing pilgrimage to the House of Allah, called Hajj to have to do so in Makkah along with Hajj.

Believers all over the world are in search of such Hajj packages from re-known and trustworthy Hajj Umrah travel agents, who provide them with such package which includes Qurbani along with other services like visa, flights with less fare and stay at the foreign place. Islamic travel UK has proved to be the best travel agency for providing Hajj packages including Hajj visa services, safe and secure flights, stay in re known hotels of Makkah and Madinah as well as the transport to and from the holy sites and mosques and the hotels of the holy pilgrims.

It is to be noted that the compulsion of performing Qurbani is not obligatory for those Muslims who do not possess 52.5 tolas of silver or assets or wealth equivalent to it, those who are not mature according to Sharia or those far away from home. The meat of Qurbani is to be distributed properly among family members, relatives, neighbors, poor and the needy. The most important right on the meat of the Qurbani is that of the poor and needy people of the society. This is basically the circulation of healthy food from the rich to the poor who cannot afford it otherwise. So while performing your Qurbani do not forget your less privileged brothers and sisters in the society.