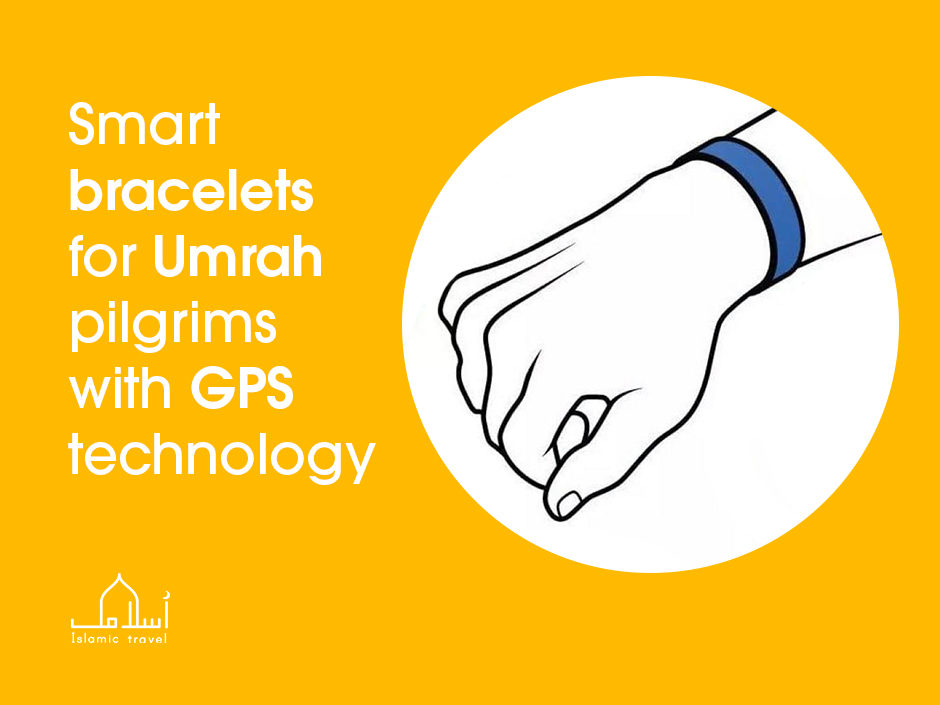 Gone are the days when pilgrims performed rituals of Umrah with difficulties such as hot temperature and close circle under the tropical sun-rays. As technology started to progress, the conveniences of man also increased tremendously. As for as the services in the Holy Kaabah have concerned, so being a top religious place, rulers always stressed in order to make more conveniences for pilgrims. Several times many of extensions were carried on by them to make sure the easy performing of pilgrimages. However, if truly said it is allowed to technology which has made life easy.

The Saudi Gazette report says that the National Committee for Hajj and Umrah is going to launch the latest technology known as bracelets for the pilgrims which is equipped with GPS technology. Bracelet will contain all personal data of the pilgrims such as name, accommodation, etc. the CEO of Pilgrimage Committee known as Muhammad Bin Badi says that bracelet will be given to pilgrims as they arrive in the Kingdom.

Badi claims that bracelet will contain all kinds of information which will clue about the movement of pilgrim by GPS to lead them to their accommodations, hospitals, health centers, and other important places in Makkah and Madinah. Bracelet will also alert the prayer times and direction as well. With the help of it, pilgrims will be able to perform the rituals of Umrah orderly. Moreover, they will communicate with emergency contacts all over the Kingdom. And in this regard committee is hiring Chinese Company in order to provide it with specifications of the bracelet manufacturing.

Badi says the committee is also dedicated to solving the problem of taking the luggage through contracting a transport company as the third party from the airports to their lodges. He declares the most important thing that committee is also going to consider in order to establish a shareholding Umrah service company regarding upgrade the services such as extending to the pilgrims.